Walking Back Through History

Wondering what to do for your next family outing or short break? Try dropping in on formidable-looking castles, handsome stately homes and more. By Adrian Monti 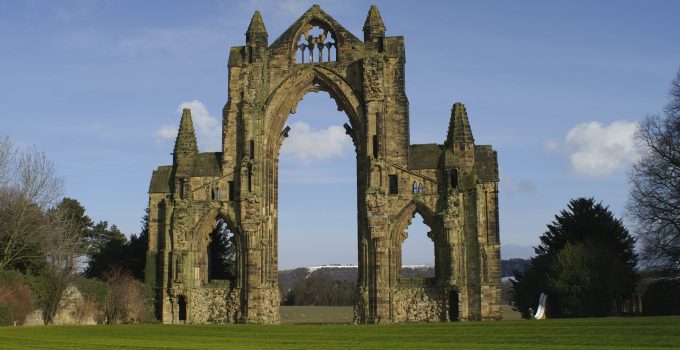 “I absolutely adore ruins and I think they have a particular appeal that standing buildings don’t have,” says Jeremy Ashbee, head historic properties curator for English Heritage. “With ruins, you do have to work that little bit harder than with a fully complete building. But my firm belief is that it’s always a journey well worth making and it can actually be much more rewarding than looking at something which is complete.”

Across the UK, we’re certainly not short of fascinating places to visit. Among the countless gems from all your favourite historical periods are many that may not be quite as solid as they used to be – thanks to the passing centuries and the odd cannonball or two– yet possess a unique charm. A missing turret here or a lack of roof on a long-abandoned monastery there somehow adds rather than detracts from their appearance. If you’ve ever visited the gothic remains of Whitby Abbey, eerily perched high on the headland, you’ll probably recognise the draw of seeing such dramatic ruins.

Weather is no object

Often these outdoor ruins make a perfect place to seek out during the winter, when other attractions might be closed. Certainly typical wintry weather won’t dampen their splendour, and an inky-black sky or a carpet of hard frost on the ground can even enhance their appeal further.

Many are looked after by the likes of the National Trust, English Heritage, Historic Scotland and, in Wales, Cadw. English Heritage, for instance helps manage some 400 properties – of which 195 are classed as ruins or remains, yet many of which still have the power to fire up our imagination of what they must have been like back in the day.

“The reasons for ruination can be very diverse and can be testament to a lot of important events, such as damage sustained during the English Civil War,” says Jeremy. “Ruined castles and other buildings are ways of showing the fall of great powers which have been replaced with something else. That message that they show us today from the past can be quite moving.” 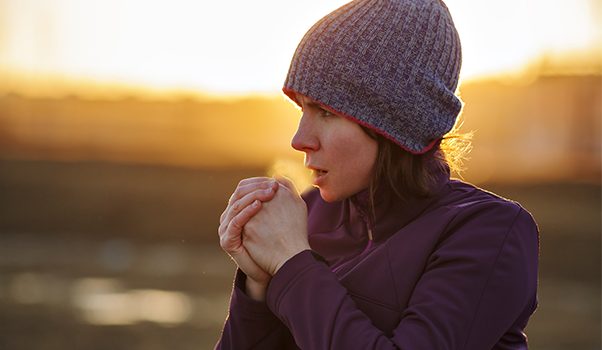 Ruining round the UK

A whistle-stop tour of ruins might start with Rievaulx Abbey, which lies in a valley on the vast North York Moors. The former Cistercian abbey creates a stunningly striking silhouette; it almost begs its visitors to ask questions about why it and many other monasteries were seized during Henry VIII’s reign. A near Yorkshire neighbour which is equally eye-catching is Fountains Abbey, which is regarded as one of the best-preserved ruins of its type anywhere in the country. This monastery is surrounded by a sumptuous Georgian water garden, and together they form a beautiful UNESCO World Heritage Site.

Heading south, there’s plenty more which is just as impressive. High on this list and high on the Purbeck Hills stands Corfe Castle, which peers down over not only the village below but a good slice of rural Dorset too. As parts of this fortification date back to the time of William the Conqueror, it’s hardly surprising that its ancient keep wall may have seen better days. In fact, its battle scars make it a hugely enigmatic sight, especially on a drizzly day when its jagged outline is shrouded in a low mist.

Almost clinging to the Cornish coastline on the cliffs above the Atlantic is the evocative Tintagel Castle. Although this location is often associated with King Arthur, records show it was built in the 13th century, where once an even more ancient monastery and trading post stood. It’s certainly the case that from the spectacular footbridge which takes you to the castle remains you really do have to use your imagination to recreate what it must have looked like in its pomp. But isn’t that half the fun of visiting such ruins?

Before heading over the border to Scotland, there is one very famous ruin which many of us are familiar with, even if we’ve never visited it. Hadrian’s Wall is one of many incredible legacies the Romans left us once they departed our shores. Even though sections of this 73-mile-long divide between England and Scotland are sparse in places, it’s still an awesome sight. Once there, you will see there are also remnants of forts, guard posts and settlements along its undulating route. Together, these give a true sense of life on the northern fringes of the Roman empire.

On the other side of Hadrian’s Wall, Scotland is home to a variety of ruins too. They include the imposing remains of Dunnottar Castle, sitting loftily on the cliffs overlooking the North Sea. It was once regarded as almost impregnable, so became the ideal place to temporarily safely hide the Honours of Scotland, also known as the Scottish ‘crown jewels’. If you’re eager to scan the horizon of Loch Ness for a glimpse of you-know-who, the remains of Urquhart Castle provide a perfect vantage point. Climb the steps of its still solid tower for a commanding view across the enormous loch and far beyond.

According to Cadw, there are 427 castles in Wales, and it looks after around a tenth of them. As you would expect, some now possess a somewhat tumbledown appearance which often reflects their violent backstory. Among the most spectacular of its ruins is Laugharne Castle in Carmarthenshire, which, among others, even caught the eye of Welsh poet Dylan Thomas. Also worth seeking out close by on the edge of the Brecon Beacons are the 13th-century remains of Carreg Cennen Castle. In the past, this enchanting ruin was voted the most romantic in Wales.

“Many of our ruins might be slightly inaccessible, and as they’re outside, are exposed to all the elements,” says Jeremy Ashbee. “But much of what remains is far from being an example of an extinct building. These were places where people lived or fought or prayed and often where important things happened too. All of them can evoke a strong human story.”

1. Witley Court, Great Witley, Worcestershire – This once opulent mansion in the Italianate architectural style is today a spectacular ruin surrounded by still elegant gardens and fountains. The house’s demise charts the fascinating story of its former
owners’ fortunes before a major fire caused extensive damage to it.

2. Ruthven Barracks, near Kingussie, Inverness – After these barracks were completed in the early 18th century, it housed many troops as well as their horses. Today it’s very much how it was left following its destruction by the Jacobites who took shelter here after being defeated at the Battle of Culloden in 1746.

3. Peveril Castle, Castleton, Derbyshire – It is one of our earliest surviving Norman forts, and although it’s clearly broken in parts, it’s far from beaten. You can climb up its tower and enjoy the panoramic views across the Peak District which its occupants also did back in the 11th century.

4. Llanthony Priory, Abergavenny, Monmouthshire – In a remote valley setting, the red stonework remains of this 900-yearold building still leave its visitors in awe of its magnificence. These ruins once attracted the talents of renowned landscape painter Turner, who captured its beauty from the opposite hillside.

5. Dunstanburgh Castle, near Alnwick, Northumberland – Proudly perched on a lonely headland, it has a long and bloody history including being fought over during the Wars of the Roses. Today its craggy outline on the horizon can be the perfect focus for a walk along this dramatic coastline.