Slow down but don’t stop with Walking Football

Love football, or another sport, but don’t feel quite as nimble as you did? There’s no need to give up: just dial it down with a ‘walking’ version.

When Stuart needed hip replacement surgery aged 47, he reluctantly accepted that his football-playing days would be over. But instead, it kicked off a whole new chapter in his love of the beautiful game, which means today he’s playing as much as ever, even though he is now 60.

Stuart’s unexpected extra time on the pitch is thanks to the growing popularity of walking football. The sport first took off in this country back in 2011 courtesy of Chesterfield FC, which launched a then pioneering way to encourage those in its over-50s community to be more active. Soon this slower version of football was springing up across the UK and in many other countries too. Today, there are about 1,000 walking football clubs in the UK, with more than 60,000 men and women regularly playing at leisure centres, sports halls and other suitable indoor and outdoor pitches. And each week even more people are trying it out, with a fresh resurgence of interest since lockdown restrictions eased.

“I had played local league football to a decent level all my life, until my hip started to slow me down so I couldn’t run after the ball any longer,” explains Stuart. “But then a couple of years after my hip operation I read in our local newspaper about walking football, so I gave it a go.” He adds: “It has given me a whole new lease of life both on and off the football pitch as well as a great new social circle. It’s been fantastic.”

Walking football is a slowed-down version of the game most of us are familiar with. There are also various other rule changes to make it safer and more inclusive for older players and those with health issues. Players are not allowed to run, and if they do, the opponents are awarded a free kick. Other key differences include the ball not being allowed above head height, and encouraging only low-impact tackling, so outlawing any potentially dangerous sliding tackles. Matches are often made up of small-sided teams (ideally six or seven in each team), with each half lasting 30 minutes at most. The emphasis is usually firmly on fun rather than on winning at all costs.

“I play three times a week. which has kept me both physically and mentally fit,” says Stuart, who set up walking football at his local club. “I usually come off after a game with a sweat on and a raised heart rate because it’s basically doing a power walk while at the same time playing football. But as it’s not as demanding as normal football, it’s open to any level of fitness, any age and even those who have mobility or major health challenges.”

Stuart is a director of the Walking Football Association (WFA), one of the game’s governing bodies, which, along with the Football Association (FA), continue to grow the game. He is also the manager of the WFA’s over 60s England team, which includes two ex-professional footballers in its ranks. Although representative teams and competitive club tournaments are a goal for some who take it up, for the vast majority, it’s simply a way to stay fit and make new friends. “Some people play it once a week, while for others it might be more often,” he explains. “Many matches are quite informal, so everyone gets to play. It really is about the enjoyment and banter on the pitch rather than being competitive. Afterwards, we go for a coffee or a drink and have a chat and a laugh. It’s this social side which means many try it, like and stick with it.”

Getting it started in the UK

That’s certainly the ethos at Barnet FC, which welcomes about 100 men and women each week to enjoy a game of walking football. The club’s community-led Hive Trust set up the club’s walking football team more than five years ago. “I had never been much of a footballer at all until I was in my 50s,” admits Shaun, who’s the team organiser at Barnet FC. “But then the club asked me to help set up a walking football team. The first week only a couple of interested players turned up, but now it has grown to more than 100 a week, including both men and women. The split is that about 70 per cent have played football in the past but are not ready to hang up their boots just yet. The other 30 per cent want to give it a go as it sounds it might be more suited to them as it is less physically demanding.”

Shaun often finds himself refereeing matches if he’s not playing, which he finds is equally satisfying as he feeds off the positive vibe of others enjoying their football. “It’s great we can have all ages and abilities on our pitches here. GPs are now doing more social prescribing (when health professionals suggest non-clinical ways to improve someone’s health). So, we are finding people who may have been told to lose weight, manage diabetes with activity or are looking to recover from the likes of cancer or strokes coming along to join in. We joke that if you can breathe and walk you can do walking football.” 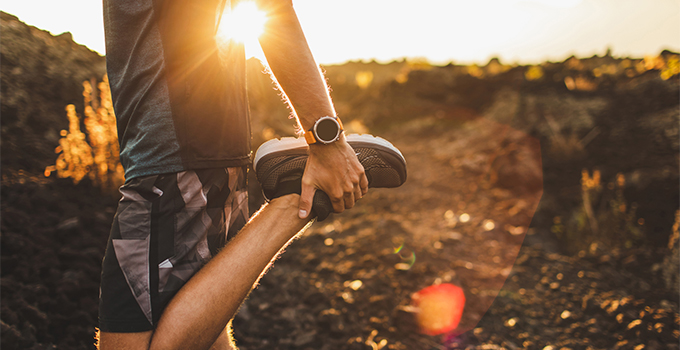 In the past few years there’s also been a huge increase in women turning to walking football. Among its new devotees is mother-of-two Jenn, 49, who took it up three years ago. She now plays once a week at her local sports centre.

“When I was growing up, girls didn’t play football at my school and there were no local teams,” she says. “Instead, I could only play hockey and netball at school, which meant I never got the chance to get involved like girls can today. So, when I heard about this women-only session, I went along the next evening and instantly loved it. After a day sitting at a computer doing my job, it’s a great way to de-stress and keep fit. Because walking football is slower, you can really focus on your passing or shots more than if it was played at breakneck speed. I hope I can carry on playing for many more years; we’ve got one player here who is in her late 60s, so she’s now my inspiration.”

There are also projects extending walking football to disabled people, including a WFA one encouraging people with Parkinson’s to take up the sport. Some people with this progressive disease have found even if their normal walking has become unsteady, they are able to be more stable if they have a football at their feet.

“In the past, when you couldn’t chase the ball down or put in a tackle, you assumed your days of playing football were over,” Stuart concludes. “But that’s not the case now. Walking football gives you another chance to carry on doing what you loved doing, as age is no barrier.” It’s a great way to stay in the game.