Many of us last tried badminton as children, at sports holiday camps. Half an hour of trampolining, some ball games and wall climbing, then on to a frenetic game of badminton, with little attention to the rules. Perhaps it’s time to revisit this sport – as thousands of others are doing right now.

Two thousand years ago, people in ancient Greece, China and India played a game that became the badminton of today. In 1863, The Cornhill Magazine described the game as ‘battledore and shuttlecock played with sides, across a string suspended some five feet from the ground’. Thought to have been brought to England by soldiers who had been stationed in India, the game was renamed after the Duke of Beaufort’s Badminton House in Gloucestershire and people began to play it in the halls of grand country houses. Shuttlecocks were chicken feathers in cork bases; bats were small, with circular heads and short handles.

By 1934, the Badminton World Federation was formed, and the game spread to village halls and sports centres. In 1972 it was included at the Olympics for the first time. Today, according to Badminton England, there are over 22,000 badminton courts across England alone and more than 3.3 million adults play each week. Surprisingly, it’s more popular than rugby or cricket and is the world’s second most popular participation sport, according to the BBC Sport Academy. Players range from six to 75 years, and it is remarkably gender-balanced, with almost as many women as men playing. And surely one of its most appealing virtues, in the UK at least, must be that it’s played indoors!

Badminton is incredibly accessible, not just in terms of affordability but for all levels of ability – even for beginners. If you previously played a racket sport but haven’t picked up a bat for decades, this may be a good way to get back into aerobic exercise without risk of injury. The light racket and shuttlecock minimise arm strain. “At one of the clubs where I teach, the age range can be from 22 to 55; 46 is the average age,” says badminton coach Mani Frempong.

Groups for disabled people are open across the UK too and at the Wimbledon Racquets & Fitness Club they have a fully accessible club with special facilities and wet rooms. Lorraine leads the sessions and promotes wheelchair badminton, offering tasters to children with physical and learning difficulties. From one court and one player, they now have three courts, 16 users, a coach and some helpers. They have a player training with Surrey Under 15s who never misses her sessions at the club; it has helped the children have a broader experience of enjoying sport.

You can hire a local court, though you might want to join a club – it’s a great way to make friends as well as helping you keep active. Played in singles or doubles, the rules are simple to master, and before you know it, you are rallying back and forth.

“If you want to try out the sport I’d advise you to go to an organised session rather than booking your own court,” Mani says. “Turn up and you’ll be partnered with someone of a similar ability, and many people end up socialising with the others after a game.

Playing a game has many health benefits and the British Heart Foundation (BHF) calculates that a 50-year-old can burn 385 calories during a game lasting just one hour. What’s more, the BHF advises that even those with a heart condition can safely play, as it strengthens the heart muscle, reduces ‘bad’ cholesterol and limits the risk of blood clots. It offers a full-body workout as you run, jump and dive for the shuttlecock, plus it engages not just your hitting arm but your core, legs, calves, hamstrings and quads too. It reduces your risk of developing Type 2 diabetes and can increase bone density if played throughout your life.

A study in Denmark showed that playing a racket sport can increase your life expectancy by six years – two years more than for football! It’s great for hand-eye coordination and the split-second decisions needed when returning the shuttlecock help improve your reflex actions. Added to this are the additional bonuses of better muscle tone, stamina and endurance, weight loss, flexibility, stress relief, better cognitive function and better sleep.

Mani sums it up: “It’s a good cardiovascular exercise, it’s sociable, especially when you play doubles, and the gear is affordable, with rackets from £30, so it’s easily accessible even for kids.” Give it a go: what have you got to lose? 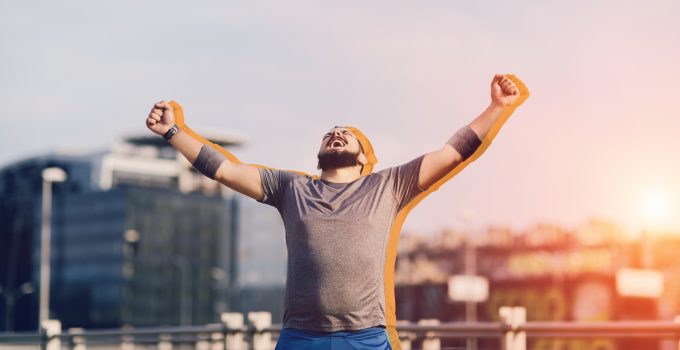 Quick and easy ways to get started

Explore CSSC’s comprehensive range of badminton offers, tournaments, teams and clubs throughout the UK.  Search Badminton on our website cssc.co.uk

Find a local court – head to the websites of the sport’s governing bodies in England (badmintonengland.co.uk), Scotland (badmintonscotland.org.uk), Wales (badminton.wales) and in Northern Ireland (ulsterBadminton.com) for details of clubs near you. A lot of games are also advertised on meetup.com.

Try a session with a coach, who’ll be able to give you a bit of professional advice and support: a great way to find out if this might be for you.

Buy a racket and shuttlecocks from one of CSSC’s sporting goods partners like Decathlon Sports or Sports Direct for great value equipment.